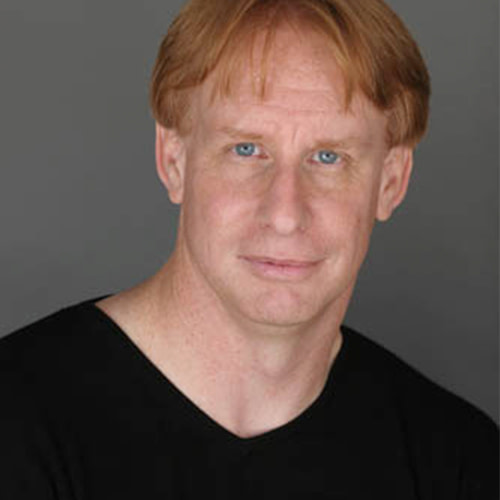 Kevin R. Grazier, Ph.D. is a scientist in the Meteoroid Environment Office at NASA’s Marshall Space Flight Center whose role is to characterize meteoroid streams in order to assess the impact hazard to the International Space Station as well as other robotic and crewed missions.

Between 1995 and 2011, Kevin worked as a planetary scientist at NASA’s Jet Propulsion Laboratory (JPL) in Pasadena, California, where he held the dual titles of Investigation Scientist and Science Planning Engineer for the Cassini/Huygens Mission to Saturn and Titan. There he has won numerous JPL- and NASA-wide awards for technical accomplishment.

Kevin started as a Consultant for RAND Corporation in 1993, where he processed Viking planetary imagery and spacecraft ephemeris data to improve geodetic control for Mars in support of the Mars Observer mission.

While still in graduate school at UCLA, Kevin was hired at both JPL and Griffith Observatory on the same day. He became Planetarium Lecturer at Griffith Observatory, where he continued for 13 years. In 1999, he became Adjunct Professor of Astronomy at Santa Monica College for the next 17 years and in parallel, he became Astronomy Instructor at UCLA (University of California, Los Angeles) on September 2001, and stayed there for the next 12 years. He was also a professor of Astronomy at Los Angeles Pierce College.

Kevin has been a Public Speaker for the last 23 years. He performed hundreds of talks on science, technology, and the portrayal of science and scientists in the entertainment industry. He has spoken to academic, professional, and civic groups, even cruise ships, and given talks ranging from keynote talks to commencement addresses to classroom visits.

For 15 years, Kevin was one of the most sought-after speakers at NASA’s Jet Propulsion Laboratory, and has appeared on several episodes of History Channel’s The Universe and Rise of the Superbombs, Science Channel’s NASA’s Unexplained Files, and National Geographic’s Naked Science. Kevin was featured on Discovery International in a series of educational spots explaining the science featured in the film Gravity.

Kevin wrote the pilot episode of the animated edutainment TV series Space Quest: A Journey Beyond Space, now in production. He is currently the science advisor for the Netflix series Another Life, and has performed that role on several previous series, including the Peabody-award-winning Battlestar Galactica, as well as Eureka, Defiance, Falling Skies, and for the PBS animated series The Zula Patrol. He also advised on the features in Pirates of the Caribbean: Dead Men Tell No Tales.

Kevin earned his Bachelor of Science degree in Computer Science and Geology from Purdue University, and another in Physics from Oakland University. He earned his Master of Science degree in Physics from, again, Purdue, and he did his doctoral work at UCLA. There he earned Masters of Science in Geophysics and Space Physics in 1996. His Ph.D. research in 1997 involved long-term, large-scale computer simulations of Solar System evolution, dynamics, and chaos — research which he continues to this day. To follow his passion in entertainment, Kevin earned his Certificate in Television Screenwriting from UCLA.

Kevin teaches classes in stellar astronomy, planetary science, cosmology and the search for extraterrestrial life at UCLA, Cal State LA and Santa Monica College. He has served on several NASA educational product review panels. He lives in Sylmar, California and occasionally Mesa, Arizona, with a flock of cockatiels and a precocious parrot.