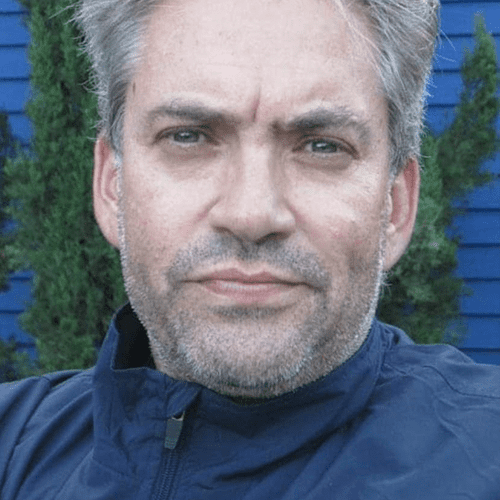 Steven C Barber is a writer and film maker living in Santa Monica, California. He was born in Syracuse, New York in 1961, and is the great nephew of Edith Wharton, the first female writer to win the Pulitzer Prize.

After a three year stint at Augusta Military Academy in Ft. Defiance, Virginia in the late 1970’s and then graduating from Western Kentucky University, Mr. Barber headed west to give his writing and acting chops a workout.

Having worked on many films and a series of television shows in the early 1980’s, he took a break from Hollywood and found work and adventure on 19 cruise ships in the 1980’s and early 1990’s that would take him to more than coun-tries and over 10,000,000 nautical miles. His first novel, “Below the Waterline,” a fictional and whimsical tale of love on the high seas, is a big seller on Amazon.com.

Upon returning to Hollywood in the mid 1990’s, Mr. Barber found some success on a series of reality shows and, after a falling out with a large corporation he had been working with, decided to bank roll everything he had with $50,000 worth of camera equipment and give documentary film making a shot. This fortuitous and serendipitous action has paid off in a big way.Mr. Barber’s first film, “Return to Tarawa” is an award-winning documentary that has been able to get congressional legislation passed in Congress to bring home MIAs from World War II. Actor Ed Harris lent his voice to this tremendous story of redemption and healing of 90 year-old, World War II veteran Leon Cooper.

Mr. Barbers second film “Unbeaten” is a magical story about 31 Paraplegics who take on the world most grueling road race and push their wheelchairs 267 miles in six days between Fairbanks and Anchorage. This amazing film has nar-ration from Dan Aykroyd. “Unbeaten” was released for release in early January 2010. Mr. Barber’s mission is to raise the profile of the disabled athlete and the disabled American.

The success of Unbeaten and Return to Tarawa has allowed Vanilla Fire Productions to grow into a full service Docu-mentary and Commercial video production house. Mr. Barbers PR background along with a strong work ethic and sales background sees no limits as to growth. Funds have been raised for “Until They Are Home”, the sequel to the wildly successful “Return to Tarawa”, and is scheduled for release on Memorial day. Directly following the Memorial Day release, a Veterans Day launch is scheduled for “The Carrier”, a film about the first basketball game aboard the nuclear aircraft carrier Carl Vinson. Mr. Barber was granted exclusive filming rights by the United States Navy to bring this incredible story to the world.

He is working on three more documentaries for release in 2012 and considers himself extremely fortunate and is very grateful to have had this early success in the documentary film world.
In 2018, Mr. Barber visioned, Fundraised , Commissioned and unveiled the $750,000 gold and bronze monument of the crew of Apollo 11 at the Kennedy Space  Center for the 50th anniversary of the moon landing

Mr. Barber also produced a full feature documentary called , We Must Be Bold. Apollo 11. This film is the journey of the monument being built from start to finish.  Website: www.vanillafire.com