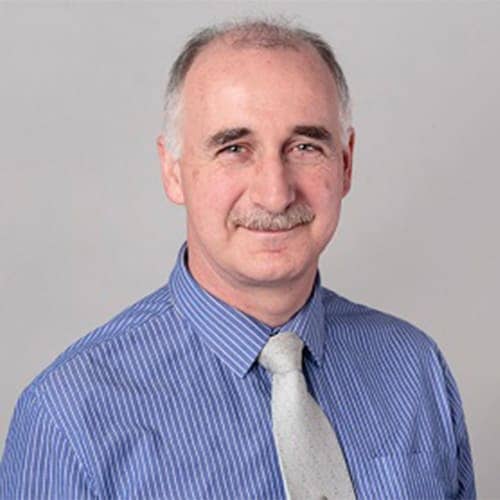 In 2018, Stuart Eves founded his own space consultancy company, SJE Space Ltd, after spending 16 years with the UK Ministry Of Defence, and 14 years with Surrey Satellite Technology Limited (SSTL).

He has been involved with a wide variety of space missions, including TopSat, which set a satellite world record for “resolution per mass” when it was launched in 2005, and which was featured in the Space Gallery at the Science Museum in London.

He serves on the Advisory Panel for the ESA Space Safety Programme, and is a founder of the GNOSIS network on sustainability in space.

He has been involved in a diverse range of media activities on all aspects of space, (including most recently on “SSA Warfare”), and has previously been a recipient of an Arthur Clarke Award for space education and outreach.

Stuart has an MSc in Astrophysics, a PhD in satellite constellation design, and has been a fellow of both the Royal Astronomical Society and the British Interplanetary Society for more than 25 years.